The purpose of the Micro Vibration facility (Mecadyn_NG) is to measure interface forces and moments in six (6) degrees of freedom which are generated by a specimen under test
mounted onto the marble.

The test bench is located in the PASCAL D clean room in Toulouse on a dedicated seismic mass due to the ground bearing capacity and the possible isolation from the air conditioning system (which must be off during the runs).

The facility damping system is pneumatic.
The first suspension mode is approximately 1,5Hz horizontally and 1Hz vertically.
The marble is 3 Tons mass with almost isotropic material properties with inserts for fastening the different interfaces:
- 9377C Kistler Load cells for forces and momentums export
- 731A Seismic sensors for marble acceleration
- The wheels for transport
- A pattern for Master Mover use for transport

The first mode of the marble has been predicted at 435Hz, which will not disturb / impact the
measure in the operational range [0.1, 200Hz] of the facility.

The system is able to perform tests on specimens from several kg up to 600 kg, in sine excitation or in measurement for transient mode. Thanks to a 1kN shaker coupled to themarble, it allows performing vertical & horizontal susceptibility testing.

Considering that the overall system: isolators, marble, load cells , interface plate and specimen has a rigid body behaviour, the classical efforts recombination formulas are used to recover the six (6) efforts components at point O (reference frame centre) or at any point that can be defined by the customer. The efforts are measured along the three directions (X, Y, Z) using the load cells.
A specific post-processing methodology at very low frequency dedicated to remove the influence of the suspension modes on the measured efforts has been established, and can be used when needed.
This methodology is based on the Frequency Response Functions coupling methodology developed Dynaworks software and thus requires the characterization of the test bench in terms of its transfer functions. 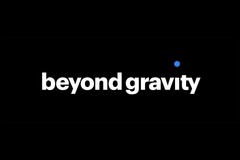 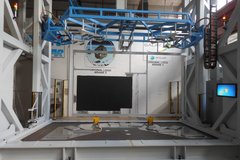 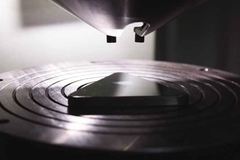 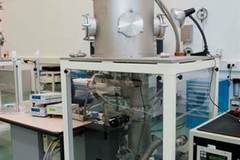 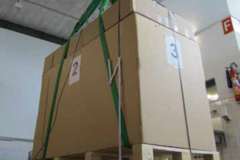 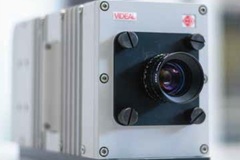 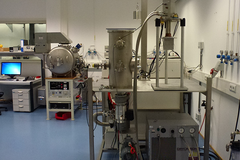 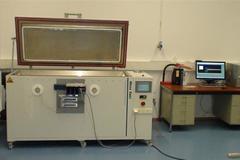 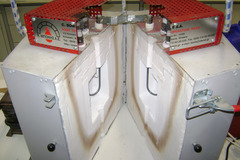 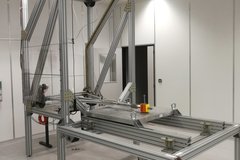 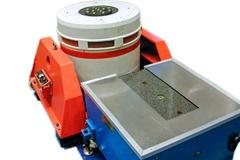 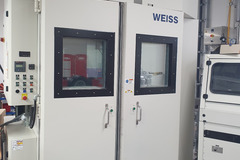 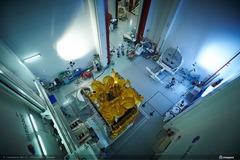 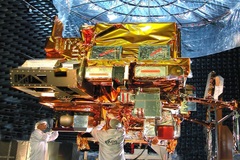 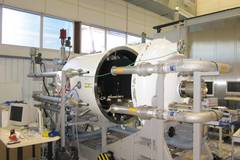 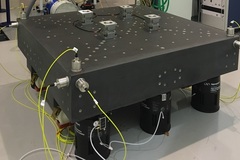