There are different methods (resonant cavities, transmission lines, free space ...) for the electromagnetic characterization of materials. The use of each method depends on the frequency range of the final application, the expected losses, the required precision or the nature and shape of the sample.
INTA's Radiofrequency Area has state-of-the-art facilities and processes for the electromagnetic characterization of materials, including a polyvalent anechoic chamber called BIANCHA (Bistatic ANechoic CHAmber) and a high-precision characterization system called POLYBENCH, both based on free space measurement techniques, which allow the electromagnetic measurement and characterization of complex materials and structures by measuring transmission, reflection and absorption coefficients.
BIANCHA is a versatile, unique and innovative measurement facility conceived, designed and built to enable the performance of a wide variety of electromagnetic tests, both radiation and scattering, with an estimated precision of 0.5 dB, including bistatic and polarimetric capacity.
POLYBENCH is a new design that, although it does not have the versatility of BIANCHA, is characterized by having an order of magnitude higher accuracies, being able to discern variations in the reflection, transmission and absorption coefficient of the order of 0.05 dB in amplitude.
In addition to these methods or systems of its own development for the characterization of materials, the laboratory also has commercial systems such as the DAK kit of the company SPEAG based on the OECP method and the EpsiMu from Multiwave based on a transmission line.

Projects
The Radiofrequency Area is currently participating in the EM characterization of metallic meshes for the project "Large European Antenna" (LEA) financed by the EU (H2020), and has participated in the design and EM characterization of the planetary protection cover built in fiberglass composite for the EMC test campaign of the anisotropic magneto-resistance (AMR) sensor, as well as the environmental protection element of the Raman laser spectrometer of the ExoMars 2020 mission, in this case built using 3D printing techniques.
At the national level, INTA leads the research project "Numerical and experimental assessment of electromagnetic environmental effects in UAVs" (UAVE3), and has participated in the project "Numerical and experimental EM immunity assessment of UAV for HIRF and lightning indirect effects" (UAVEMI). Recently, the MICINN has awarded INTA the research project entitled "Electromagnetic characterization and testing of intelligent airframes in unmanned aerial vehicles" (eSAFE-UAV). In addition, INTA supports through EM tests and simulation the Spanish Ministry of Defense and companies in the military, aeronautical and space fields such as AIRBUS, INDRA, CIDETEC, MICROMAG or DINNTECO.
The Radiofrequency Area has also more than 10 years of experience in the field of EM simulation. Over the last years, INTA has traditionally participated in NATO research groups in matters related to this topic, currently maintaining fluent relationship with research groups at ONERA (France), Fraunhofer-FHR (Germany), NLR (Netherlands) or FOI (Sweden). In this sense, INTA participates in the NATO SET-252 “Development of a validation model of a stealth UCAV”. 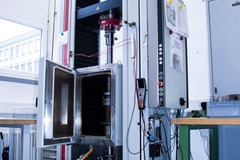 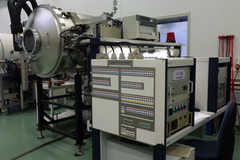 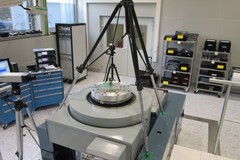 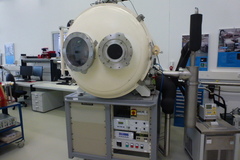 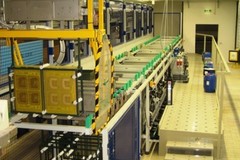 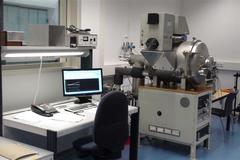 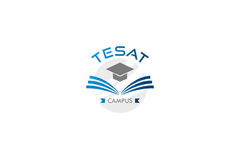 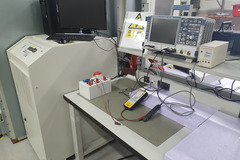 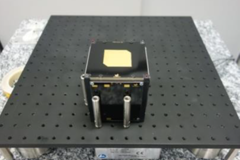 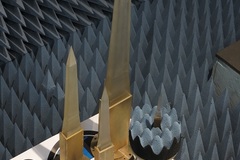 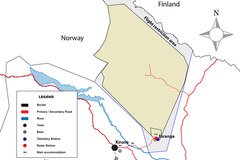 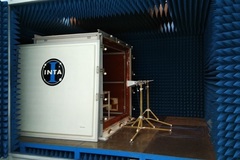 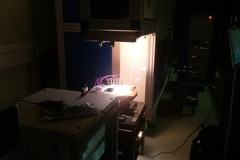 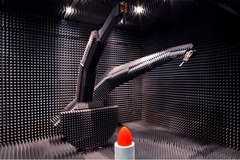 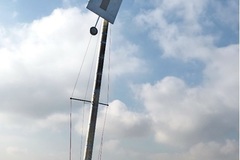