MPB’s Space and Photonics Division was born in the early ‘90’s with the development of a number of experimental payloads created under contract to CSA and ESA. These early systems where flown on KC-135s, on space shuttles, on the Black Brant Rocket, and one, the Microgravity Isolation Mount, became a permanent facility on the MIR Space Station.

On the ground, building upon technologies developed by MPB’s Electromagnetics, Telerobotics, Communications, and Laser Divisions, the Space and Photonics group secured an edge in new frontier innovations. Visible Fiber Lasers are adapted for Artificial Star programs; Fiber Bragg Gratings became an integral part of the first all-optical fiber system on a satellite; technology acquired during the development of the Maglev Hand Controller in the Telerobotics Division became a fundamental component of the Microgravity Isolation Mount. 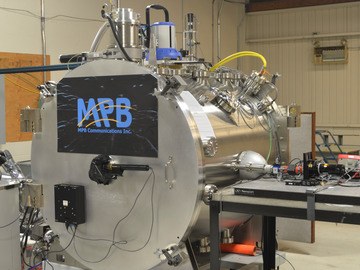